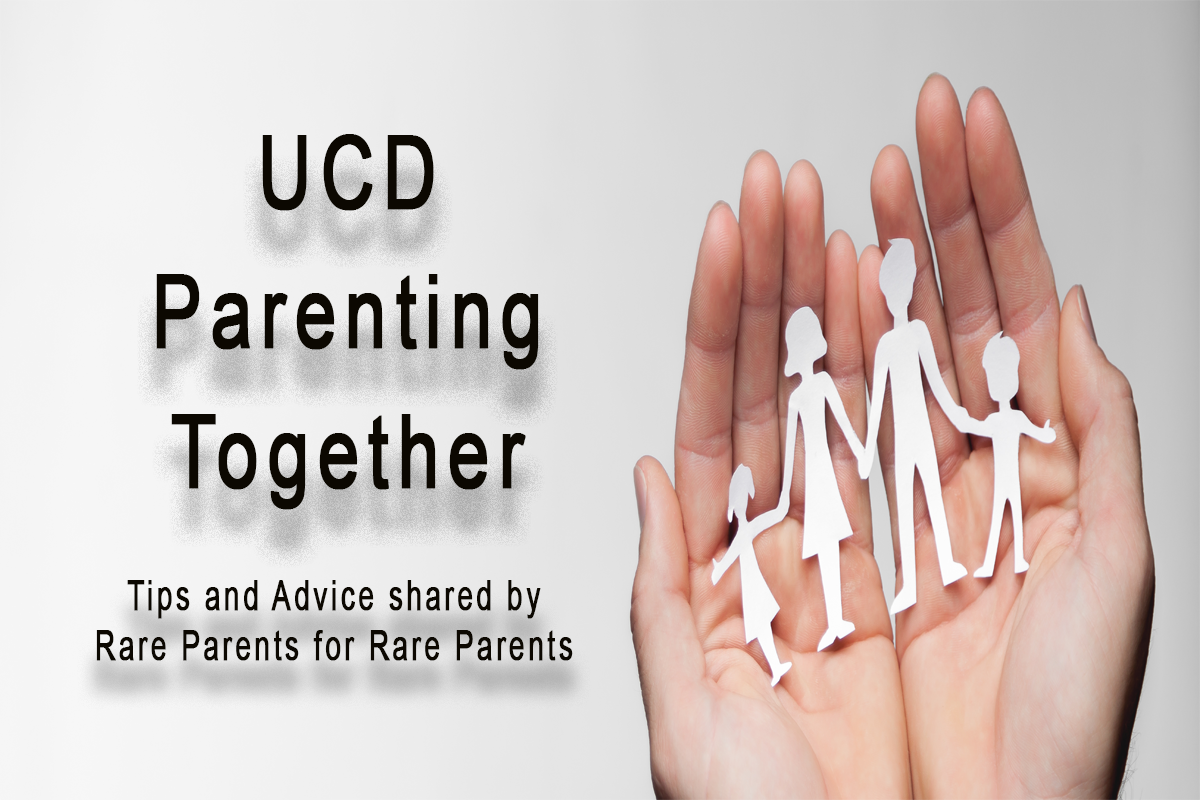 Finding out you have a child with a rare disease and figuring out how to deal with it is a scary process. And the worst part of that process is ‘the not knowing’ stage.

There are few things worse for most fathers than not knowing what is going on with a member of your family. Most of us are ‘protectors’ and ‘fixers’ by nature and not knowing what the heck is happening to your child can make you feel helpless. It’s a horrible feeling, to be helpless when your child is sick.

My daughter was four when she was finally diagnosed with her Urea Cycle Disorder (OTC). It was a long and painful road. Family physicians are trained, by and large, to look for the obvious so when our daughter started showing signs of having the disease she was misdiagnosed (more than once). At the age of four it all came to a head as the ammonia built up in her brain and she became jaundiced, unresponsive, and sick.

The day she went yellow I panicked and instead of heading for the doctor’s office I went to the emergency room at our local hospital. We got lucky. A South African doctor who was on staff looked at her and told me “it’s not the flu” and ordered some blood tests. A short while later he came back to me and said that there was something wrong with her liver but that he didn’t know what and that the small hospital in our little community in Canada’s far north didn’t have the ability to either properly diagnose or treat her.

That began a long journey that lead us to Children’s Hospital in Edmonton, Alberta where a team of doctors looked at our daughter’s medical history and decided that she had neither a virus nor a bacterial infection. They called in a metabolic specialist and in a few short days we went from thinking we were going to lose Hannah to taking her home.

I often think of that as the longest week of our collective lives. Little did we know at the time that it would be a week that would start our family on a path that we never thought we’d travel.

Months later, we sold our home in the far north, quit our jobs and moved south to a farming community about 80 miles from the city of Vancouver so that Hannah could be near Children’s Hospital where she would be able to get proper medical care.

None of it was easy. We started a business in part so that we could create the medical coverage we needed to look after her. My wife restarted her career after spending some time at home ‘just being mom’. It was like starting our lives over again at a time when we were already engaged in a massive learning curve.

From the beginning our goal wasn’t just to get and keep Hannah healthy but to make sure that her life was as normal as possible. Shortly after we moved she started school in our new community. There were developmental issues at first. The ammonia had affected the centres in her brain that controlled speech and reading comprehension so in grade three we sent her to a special learning program to help her catch up. It worked. Now in grade ten, Hannah is a voracious reader and an honour roll student.

From the beginning, my wife and I tried to make sure that Hannah did not receive special treatment because she had OTC. A normal life means normal expectations. Take your meds on time. Eat at meals with the rest of the family. Do your homework. Do your chores. Use your P’s and Q’s. Participate in sports. She’s done all of it while mom and dad watched and monitored.

Now, at almost sixteen years of age, Hannah is an avid swimmer and competes with her high school team each fall. She also takes horseback riding lessons weekly and is learning dressage and barrel racing. She hikes and hunts in the mountains with her brother and I too. She carries her own pack and rifle. She does yoga in the basement and goes ‘bouldering’ with her brother. She takes so much pride in everything she has achieved. She truly amazes and inspires me.

So, to sum up, as a dad with a child who has this disease this is what I can tell you: it’s damn scary. You have to learn to read your kid (they’re all different) and you have to watch them like a hawk. But you also have to give them as much rope as possible and to expect things from them. They’re individuals just like you and for both them and us the only thing worse than being diagnosed with this thing is constantly living in fear of it.

In hindsight, and in spite of the circumstances that brought it on, being helpless was a good character building exercise for me. It humbles you. It’s God’s way of telling you that you can’t fix everything. Out of necessity you learn to have faith. That means putting faith in other people, putting faith in and humbling yourself before God and as they grow, putting faith in your child.

And that’s it. If you’re a dad of a child who has just been diagnosed with one of these rare diseases my heart and my prayers go out to you. I can’t fix anything for you but I’m here for you if you have questions or just want to talk. Feel free to shoot me an email. I check them daily and I’m happy to answer any questions as best I can.

God bless all of you and especially your children.

Sincerely,
A UCD Dad from Chilliwack, BC